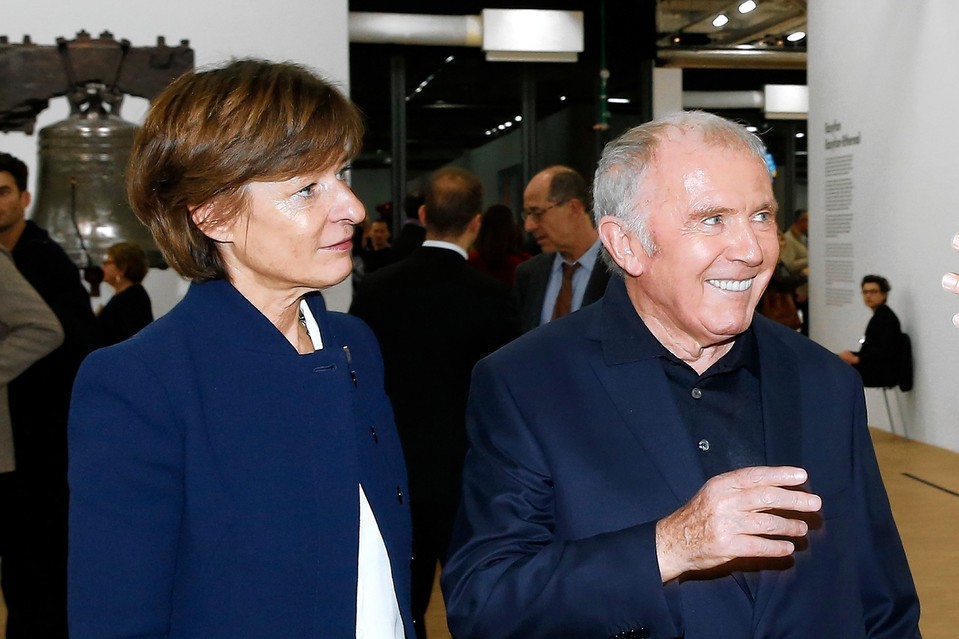 French billionaire François Pinault popped into the London headquarters of auction house Christie’s one day in 1994 to see some art. He was accompanied by one of his employees, Patricia Barbizet, who helped translate, recalls Brett Gorvy, the Christie’s expert who greeted them.

Last week, Mr. Pinault stunned the art world by promoting Ms. Barbizet to chief executive of Christie’s, which he bought in 1998. “I had no idea how far she’d go,” says Mr. Gorvy, now Christie’s chairman and international head of postwar and contemporary art. “The translator is now the boss.”

The move has unleashed a swirl of speculation about the 248-year-old auction house’s future, including a potential restructuring. The 59-year-old Ms. Barbizet wouldn’t confirm or deny that possibility during a senior-level staff meeting Wednesday in New York to introduce herself and other members of her new executive team.

“Give us a few days to look around,” she said, according to one person at the meeting.

Ms. Barbizet and Mr. Pinault declined to be interviewed for this article. She isn’t expected to speak publicly until Christie’s reports financial results in January. The auction house is part of Mr. Pinault’s private holding company, Groupe Artemis, where she is chief executive.

Some outsiders think she might run Christie’s only until Mr. Pinault hires a longer-term replacement for Steven Murphy, who stepped down as chief executive last week. Ms. Barbizet was widely known as a supporter of Mr. Murphy, who has said he left by mutual agreement. Some outsiders believe he clashed with Mr. Pinault. Mr. Murphy wouldn’t comment.

Ms. Barbizet has worked for Mr. Pinault since 1989 but isn’t well-known among the art establishment. Executives promoted since last week’s shake-up are longtime Christie’s auctioneers who enjoy the loyalty of employees and know the firm’s top collectors far better than she does.

Despite a calm, soft-spoken demeanor, Ms. Barbizet has a reputation as an efficient, powerful deal maker for her demanding boss. In 1999, Ms. Barbizet, who is French, helped carry out takeovers of Gucci and a stable of perfume brands in less than a month.

As Christie’s chairman, she controls approval of budgets, major deals and bonuses, according to employees.

Despite surging sales in the global art market, profits at Christie’s have been shrinking. Last year, the auction house sold a record $5.9 billion of art and collectibles at auction, up from $5.3 billion in 2012.