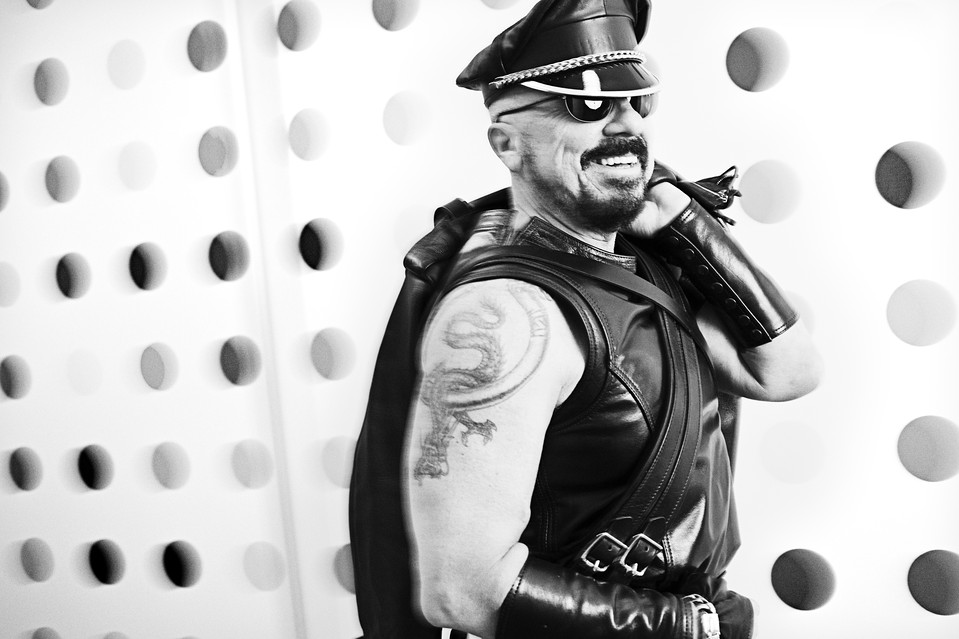 If Art Basel Miami Beach had a prom king, this year’s would be the New York-based architect Peter Marino.

Mr. Marino, who often dresses in black leather and has designed flagship stores for fashion brands like Chanel, Fendi, Louis Vuitton and Dior, is the subject of a show, opening this week, at Miami Beach’s Bass Museum of Art.

“One Way: Peter Marino” features a third of his massive art collection, 136 pieces by the likes of Andy Warhol, Damien Hirst and Richard Serra. In addition, it includes studies of his more recent architecture projects; his initial series of cast-bronze boxes; as well as new work he commissioned from artist friends like Gregor Hildebrandt and Guy Limone.

There is an ode to the performance of the opera “Orfeo ed Euridice” Mr. Marino staged in his own New York City home last year, as well as a life-size wax sculpture of himself.

Even the catalog has the Marino touch. It is bolted with real leather straps that Mr. Marino fabricated in-house and paid for out of his own pocket. 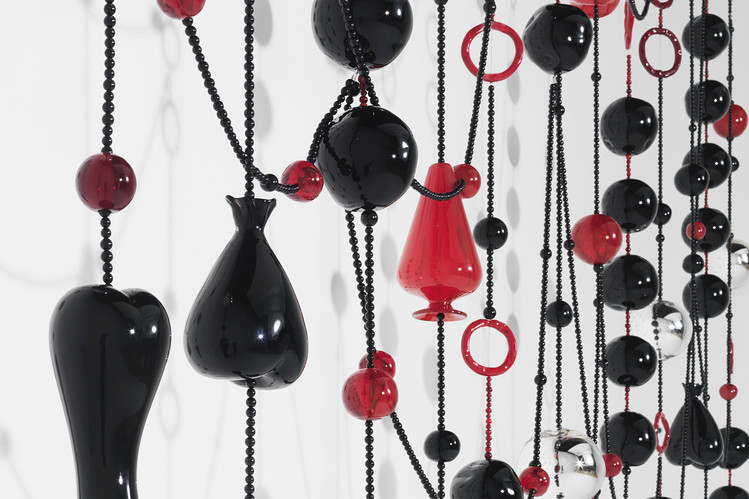 Meanwhile, Design Miami, an offshoot of Art Basel, will also recognize Mr. Marino with its Design Visionary award. For that honor, he was asked to design a pavilion, which features furniture pieces from Mr. Marino’s collection as well as a newer series of his cast-bronze boxes.

“There must have been some karmic buzz on me in Miami a year ago,” said Mr. Marino during an interview. Creating eight galleries worth of material for the Bass and designing a 25-by-25 foot pavilion has been “a huge amount of work,” Mr. Marino explained: “It feels like I got an Academy Award.”

How did the show at the Bass Museum come about?

Anyone who’s been to my office knows that I’ve created a special environment where art and architecture are intermingled. Next to a Cy Twombly, I have a model of a hotel. And 18 months ago, the museum asked if I would have a show of my work and my collection. They’re looking for out-of-the-box kind of shows that will have a big appeal for the community. To be frank, I’ve been very busy and I have a successful company, and I didn’t spend as much time recording my legacy as other firms. Though this is not a retrospective, I thought that maybe this was a good idea for my legacy.

How did you start collecting artwork?

In the ’70s when I started working for Andy Warhol, he paid me in art. But I always went to flea markets; you can find a gold nugget amid some crummy stuff. And as my career grew, I was able to balance my flea market adventures with art fairs. My collection has become massive as I became more successful. I owe about 11 art dealers a fortune, but it’s not my intention to die with money in the bank. A lot of this is art that you’ll see was in my office. I’m the original rat-packer. Things are coming out of the closets and going back on the walls there, and people have already asked me, “What are you going to do when the 136 pieces of art come back?”

When you pulled the show together, did you notice any throughlines in your collection?

I love paintings that are all white or all black because that’s how I think. I love pop art. I love photography. I have tons of Mapplethorpe. I love German painting. I think there’s great truth in that German angst. I collect from 5000 B.C. to yesterday.

What made you start making bronze boxes?

There is something in every architect yearning for eternity and, of my work, nothing was lasting. Barneys, which I built, got sold and redone and is all messed up. But I remembered seeing a bronze show, and I realized those pieces had lasted 3,000 years. Some of what I’d done hadn’t even lasted three years. So, five years ago, I started making these boxes. That’s my way of expressing myself. Some boat will go down with one of these boxes and they’ll discover it in 2,000 years at the bottom of the sea, signed and numbered.

I can’t even picture how you staged an opera in your home.

Well, close your eyes and imagine a very big house. Opera started in people’s homes. Music was an intimate experience. We wanted to give to our 120 closest friends a very special thing. We had a full corps de ballet. I was asked very nicely, “Can we take this production and bring it elsewhere?” And I just don’t have the time. Last year, I did the opera, this year I did the Bass. I’ve only got two hands. We have 81 active projects.

Tell me about this wax figure of yourself.

I always loved Madame Tussaud’s and wanted to be in a wax museum. A friend introduced me to this artist named Yuji Yushimoto [of studio UG]. I spent eight hours in Brooklyn getting my whole body molded. He measured my head and my hairs and my arms. And then he brings the body parts to you and puts them on a table, and you see your arms and your legs. And then he paints them.

What’s going to happen to the wax figure when the museum show closes in May?

That’s what my staff wants to know. I’ve threatened to motorize it and roll it up and down the aisles of the drafting room.

Write to Marshall Heyman at marshall.heyman@wsj.com