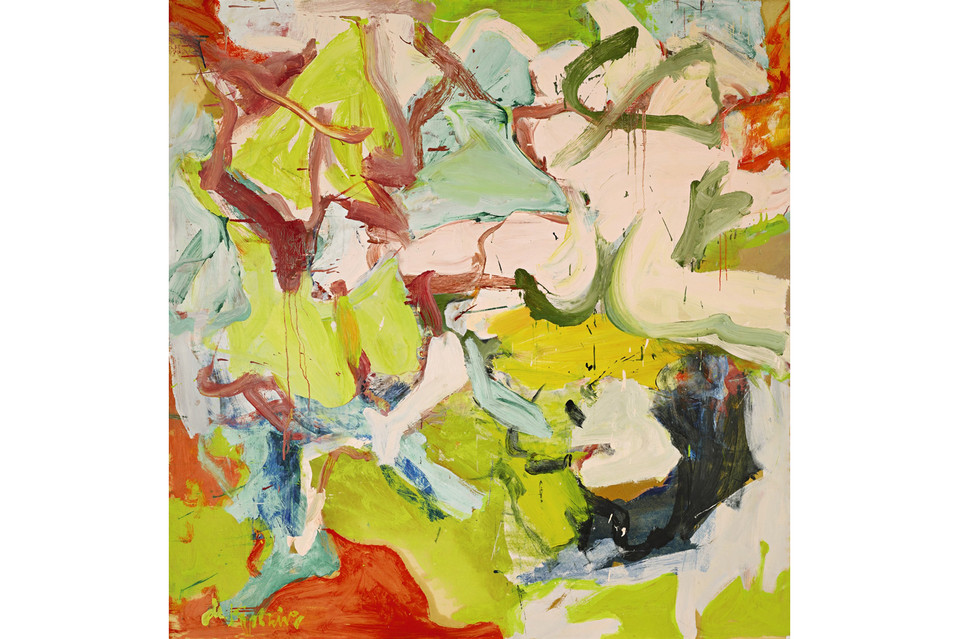 Midway through New York's major spring auctions, collectors of Impressionist and modern art appear to be showing signs of sticker stock, even as contemporary-art buyers prepare to splurge on.

Bidding proved thin for some of Christie's priciest works Tuesday—dealer Paul Gray was the lone bidder on a $22.6 million Pablo Picasso —and around a third of Sotheby's offerings on Wednesday went unsold. Sotheby's failures included a Picasso portrait of his mistress Marie-Thérèse Walter, expected to sell for at least $15 million.

But the same collectors who sniffed at Sotheby's art trophies turned up in force the next day for its sale of lower-priced material. It was a clue that this seasoned subset of collectors is willing to bid—but at price levels below $5 million, unless the art on offer is truly museum-worthy.

New York collector Donald Bryant thought he had hit his limit at Christie's on Tuesday after he offered $6.1 million for Constantin Brâncusi's toaster-size stone sculpture of a kissing couple, "The Kiss." But when he bowed out, he got a nudge from his wife, Bettina, and jumped back in at $7.2 million. "Is it because of her?" auctioneer Andreas Rumbler asked, adding with a grin, "She's the boss." The extra effort didn't pay off, though: The Brancusi sold to another bidder for $8.7 million.

Auction specialists say the art market has seen this divergence in collecting categories before. Decades ago, Old Masters enjoyed top billing until Impressionist and modern art became fashionable among wealthy collectors. Suddenly, its roster of artists such as Claude Monet began fetching the kinds of prices once reserved for Rembrandt and Canaletto. Now the art market appears to be shuffling again: With the majority of Impressionist and modern masterpieces now tucked away in museum collections, new buyers are finding it difficult to amass an enviable collection in a short time.

Many Asian collectors are still trying. At least eight of Sotheby's pricier works on Wednesday went to Asian collectors—including a $19.2 million Henri Matisse view of a woman painting at her easel, "The Afternoon Session."

Dealers say the art market will undergo its greater stress test this week, when both houses, plus boutique house Phillips, hold their sales of contemporary art. In recent seasons, auction prices for contemporary artists such as Jean-Michel Basquiat and Christopher Wool have quadrupled—a pace that's encouraged speculators to buy up even younger artists in hopes of profiting later in resales.

Last November, Christie's sold a yellow Francis Bacon triptych for $142.4 million, almost $60 million above its estimate and the most ever paid for a work of art at auction. Next Tuesday, the house will offer up a seafoam-green Bacon triptych, 1984's "Three Studies for a Portrait of John Edwards," for an estimated $80 million. The seller is computer-chip maker Pierre Chen.

Mr. Chen's Bacon carries a third-party guarantee. This means the auction has promised him it will sell—to an outside investor who has pledged to buy it for an undisclosed sum if no one during the sale offers more. If the guarantor is outbid, he or she will reap a share of Mr. Chen's potential profits and take home a financing fee from Christie's no matter what. (Sotheby's doesn't offer financing fees.)

Unlike Impressionist and modern art, next week's contemporary sales are swimming in guarantees—at least $650 million worth across the three houses. The amount eclipses Sotheby's entire guarantee portfolio for 2008, the last market peak.

Both Christie's and Sotheby's say they feel comfortable with their volume of guarantees.

For the Tuesday sales, third-party guarantors claim a financial interest in 39 of Christie's 72 contemporary artworks, which means that 54% of the estimated $500 million sale will change hands whether anyone even shows up with a paddle. This includes Andy Warhol's "Race Riot," a red-white-and-blue silk-screen that recently belonged to a trust of dealer Bill Acquavella's family and that Christie's estimates will sell for around $45 million.

All this means that contemporary collectors, unlike buyers of Impressionist and modern art, are going to unprecedented lengths to keep fueling their segment's momentum, even if they must bankroll the offerings themselves ahead of time. If the strategy works, it could reshape the way art gets auctioned, with sellers essentially preselling their art privately but angling for a higher, backstop price at auction. If the broader financial markets sour suddenly, bidders could get spooked, and these deal makers may be left owning art at prices that may appear inflated. Stay tuned.