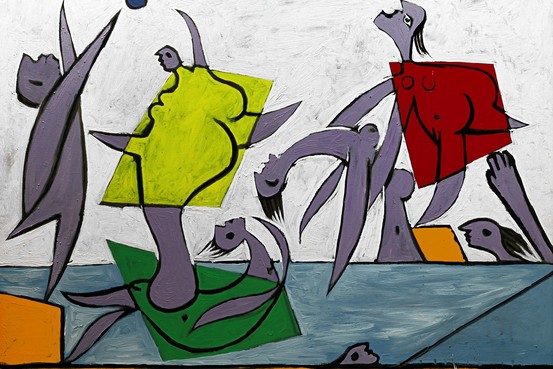 Activist investor Daniel Loeb and auction house Sotheby's reached a settlement on Monday that concluded his seven-month campaign to shake up the company a day before shareholders were to vote on his board candidates.

The pact gives Mr. Loeb three board seats by expanding the board to 15 people rather than having Mr. Loeb's candidates go up against company nominees. The deal also caps Mr. Loeb's stock ownership at 15%. His hedge fund, Third Point LLC, currently owns about 9.6%, but it had sought the ability to go to 20%, a request the company had blocked, leading Third Point to sue.

Settlements, even just hours before a scheduled vote, have become more common for activists and their targets because advisers believe it is better to hammer out a deal than risk a divisive shareholder vote.

Through last week, there have been 20 settlements between companies and activists so far this year, tied for the most to date since 2009, according to FactSet SharkWatch, a data provider.

In a joint statement on Monday, Mr. Loeb said: "As of today we see ourselves not as the Third Point Nominees but as Sotheby's directors, and we expect to work collaboratively with our fellow board members to enhance long-term value on behalf of all shareholders." Sotheby's Chairman and Chief Executive William Ruprecht also said the last-minute agreement "ensures that our focus is on the business."

The agreement came after a Delaware judge blessed Sotheby's so-called poison pill that limited how much stock Third Point could acquire. Beyond that legal issue, a court hearing last week in the suit enabled Third Point to surface internal board emails showing support for Mr. Loeb's point of view; also disclosed were inflammatory comments by Mr. Loeb. The airing of the various remarks added to the drama of a campaign that had captivated Wall Street and the art world.

New York-based Sotheby's had criticized his exit at Yahoo in its presentations to shareholders, just one of the points of contention that will now need to be put aside in the auction house's boardroom.

In one such instance, according to a Friday court ruling, Mr. Loeb had emailed allies that he was waging a "holy jihad," with the plan being to "undermine the credibility" of Mr. Ruprecht. Mr. Loeb said the email was intended as a joke and not meant to offend.

Mr. Ruprecht referred to Mr. Loeb as "scum" to another board member and said the campaign was about "ego," the judge's ruling said.

But other directors worried Mr. Loeb's criticisms were on point and raised concerns about the company's spending and Mr. Ruprecht's compensation, according to court testimony.

Putting such distractions behind the company is "good for shareholders," Stifel Nicolaus & Co. analyst David Schick wrote on Monday, because it allows the firm to get back to focusing on its auction business.

Mr. Loeb is among an emerging class of hedge-fund executives and art collectors who frequent both the major auction houses, ratcheting up prices for contemporary artists and quickly reselling their purchases for a profit.

The average holding period for contemporary art works has shrunk to about two years from at least a decade previously, according to a former Sotheby's specialist.

—Kelly Crow contributed to this article.

Write to David Benoit at david.benoit@wsj.com and Sara Germano at sara.germano@wsj.com