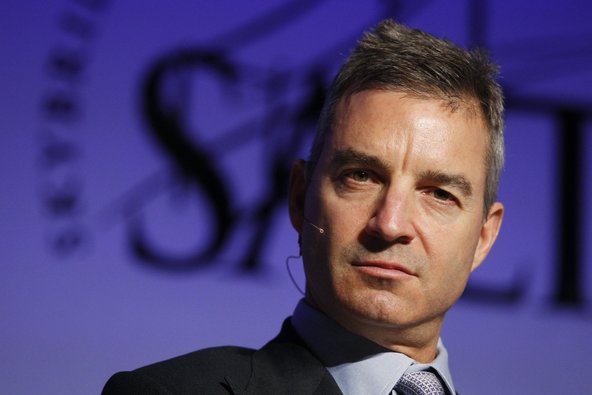 Steve Marcus/ReutersDaniel S. Loeb is seeking a seat on Sotheby’s board.

In a ruling issued Friday evening, Donald F. Parsons, a vice chancellor of Delaware’s Court of Chancery, decided that he would not overturn a so-called poison pill plan that limits Mr. Loeb to no more than 10 percent of Sotheby’s shares while letting passive investors hold as much as 20 percent.

The company’s annual shareholder meeting is Tuesday, when shareholders will cast their votes in what may be a watershed moment in the company’s 270-year history. And it may pave the way for companies to enact tougher defenses against outspoken activist investors pushing for change.

Mr. Loeb and his firm, Third Point, have nominated three director candidates, including himself, pitted against the current board at Sotheby’s.

Sotheby’s poison pill, formally known as a shareholder rights plan, had set off debate within the corporate governance community. While companies have used such defenses for decades, the auction house’s version specifically discriminated against activist investors, a move that Third Point had contended was unfair.

But in his ruling, Vice Chancellor Parsons wrote that Mr. Loeb’s primary argument — that the poison pill unfairly impedes his ability to wage his campaign — was flawed. Sotheby’s had presented evidence that the rationale behind its defense could be seen as both rational and proportional to the threat of an activist investor.

And even with his current 10 percent stake, Mr. Loeb has been able to fight the company to a draw. Vice Chancellor Parsons noted that the hedge fund manager had roughly 10 times the number of shares that Sotheby’s board now owns, and that his own expert witness testified that, even now, Third Point has a roughly 50-50 chance of winning the proxy contest.

Mr. Loeb even testified in a deposition that nothing has hurt his ability to reach out to other shareholders.

“There is a substantial possibility,” the vice chancellor wrote, “that Third Point will win the proxy contest, which would make any preliminary intervention by this court unnecessary.”

Mr. Loeb has already won the support of Marcato Capital, another activist hedge fund and Sotheby’s third-largest shareholder. Last week, the influential proxy advisory firm Institutional Shareholder Services weighed in with support for Mr. Loeb, advising shareholders to vote for two of his three board nominees.

Mr. Loeb has criticized Sotheby’s for not adapting quickly enough to sweeping changes in the art industry in recent years and has accused it of falling behind its main rival, Christie’s, in crucial parts of the auction business, Impressionist and modern art. He has also railed against the compensation packages of board members, specifically singling out the pay of the chief executive, William F. Ruprecht, who received $6.3 million in 2012.

Sotheby’s adopted its poison pill last October, after Mr. Loeb called for Mr. Ruprecht to step down, arguing that it was in the best interests of all shareholders to ”encourage anyone seeking to acquire the company to negotiate with the board prior to attempting a takeover.”

During the hearing earlier this week in Delaware, Vice Chancellor Parsons was shown emails in which board members discussed the merits of some of Mr. Loeb’s criticisms. In one email, a board member, Steven B. Dodge, wrote that Mr. Ruprecht’s compensation was “red meat for the dogs.”

Mr. Dodge also wrote that the board was “too comfortable, too chummy and not doing its jobs,” in an email to another director, Dennis M. Weibling. “We have handed Loeb a killer set of issues on a platter.”

Representatives for Mr. Loeb and Sotheby’s declined to comment.

Gregory P. Taxin, president of the activist hedge fund Clinton Group, said the ruling was disappointing: “In Delaware, stockholders are apparently supposed to be like children in the 1950s: the good ones do not speak unless spoken to.”

A version of this article appears in print on 05/03/2014, on page B7 of the NewYork edition with the headline: Sotheby’s Poison Pill Is Upheld by Court.