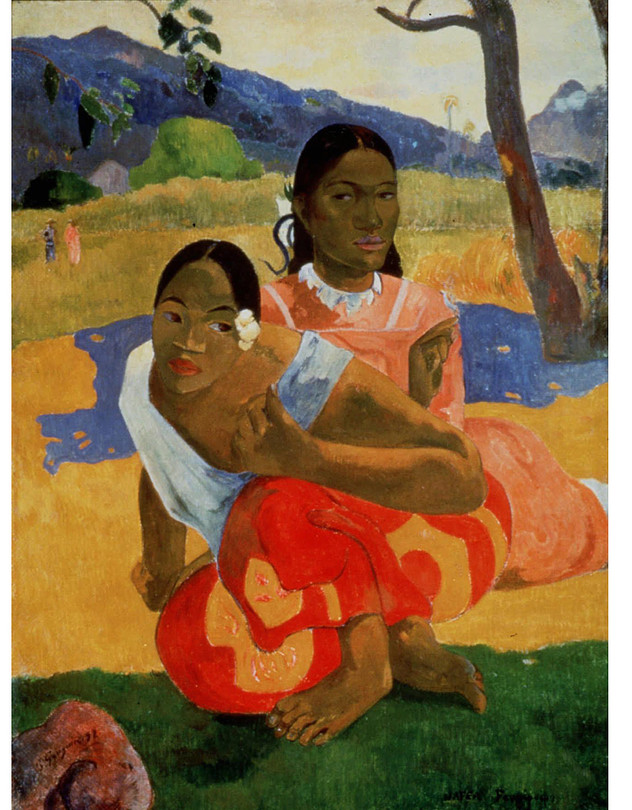 A colorful painting of two Tahitian women by Paul Gauguin has reportedly been sold by a Swiss family foundation to a group of state museums in Qatar for nearly $300 million, a record sum for a single work of art.

The price would best the roughly $250 million that Qatar paid three years ago for Paul Cezanne’s “The Card Players,” and underscores the purchasing power and ambitions of the nation. The New York Times reported the amount and said two dealers pegged Qatar Museums as the buyer of Gauguin’s lush, 1892 double portrait, “Nafea Faa Ipoipo (When Will You Marry?).”

Museum officials in Qatar couldn’t be reached to comment late Thursday. The Gulf nation, which surged from poverty to prosperity on the strength of its oil and gas fields, has earned a reputation in the past decade for paying top dollar to amass a world-class art collection. Some of its purchases have been displayed in its relatively new museums in Doha. Others, like the Cezanne, remain out of view.

The price of the Gauguin will likely send shock waves through a global marketplace already obsessed with touting and trading art trophies. Whether at auction or brokered privately, nothing—not even Edvard Munch’s “The Scream”—has come close to selling for as much. The price handily eclipses the current record-holder at auction, a $142.4 million Francis Bacon triptych.

The Gauguin’s seller is Rudolf Staechelin, a Sotheby’s retiree who lives in Basel, Switzerland, and oversees the Staechelin Family Trust, which includes a collection of at least 20 major Post-Impressionist works amassed by his namesake father during World War I. Mr. Staechelin confirmed to several Swiss newspapers Thursday that he sold “Nafea” but he declined to name a seller or a sale price. Reached at his home late Thursday, Mr. Staechelin declined to comment.

The museum, in a statement, confirmed the sale of the painting and said it “profoundly regrets” the sale of “Nafea” and the removal of other loaned works by Mr. Staechelin from the museum, calling them “integral to our exhibitions.” The sale of the Gauguin will also be a blow to art lovers in Basel, where the painting has long been a point of pride.

It’s easy to see why: Gauguin, a brash, carefree Frenchman known for his vivid palette and lusty portraits of Tahitian women, painted “Nafea” only a year after he arrived in Tahiti. The work shows a pair of young women in a sun-drenched meadow, with mountains rising on the horizon and workers toiling in a far-off field. One woman wears traditional Tahitian garb, which includes loose, colorful fabrics, but the other one wears the prim, high-collared dress preferred by European settlers to the island. Their juxtaposition hints at a culture undergoing change, but it also marks a career-defining period in Gauguin’s oeuvre. At the time, he was able to use these portraits of appealing women to capture a seemingly exotic paradise—and to experiment with his theories about the significance of color and symbols in art. His works influenced peers such as Vincent van Gogh as well as later icons like Pablo Picasso.

Chronically short of money, Gauguin often painted on surfaces like wood and cardboard-quality canvases that haven’t held up well over time. “Nafea,” by contrast, is in excellent condition in part because it has been in a museum.

It is unclear when the Kunstmuseum will be asked to turn the painting over to its new owner. On Sunday it will be on view in a Gauguin exhibition at Basel’s Beyeler Foundation. The painting is expected to be part of an exhibit at Washington’s Phillips Collection in October.