PARIS — When it opened in October, the Louis Vuitton Foundation museum was such an audacious addition to the landscape here that all eyes were on the architecture and its creator, Frank Gehry. At the time, it seemed that the art on view — from the foundation’s collection — was little more than an afterthought, and few details were disclosed about future programs. But it turns out that Suzanne Pagé, the foundation’s artistic director, was secretly working on an exhibition of modern masterpieces to open in April with loans from institutions around the world including Edvard Munch’s “The Scream,” Matisse’s “Dance” and Léger’s “Three Women (Le Grand Déjeuner).” 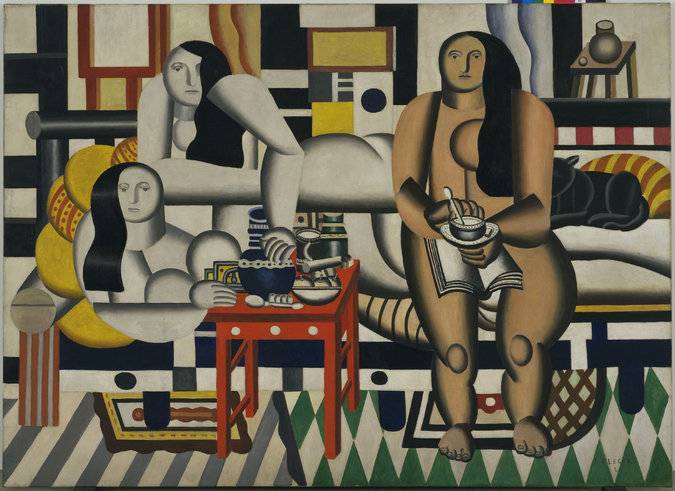 A lyrical confection of glass, concrete, timber and steel set on the western edge of the Bois de Boulogne, the building was the most radical design since I. M. Pei’s 26-year-old glass pyramid in the courtyard of the Louvre. Critics called the new building a sailboat, a crystal palace, a spaceship, even a whale. 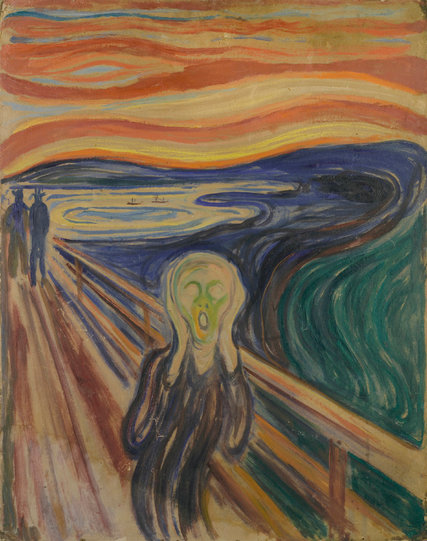 “We wanted the emphasis to be on the architecture first,” said Ms. Pagé, a former director of the Musée d’Art Moderne de la Ville in Paris.

When the $143 million building opened, many in the art world voiced disappointment that the inaugural installation included only a peek into the holdings amassed by Bernard Arnault, the chairman and chief executive of LVMH Moët Hennessy Louis Vuitton, the luxury goods conglomerate, who is a fiercely private collector. The exhibition included a mixed bag of canvases by Gerhard Richter and Ellsworth Kelly, and sculptures by Thomas Schütte and Isa Genzken, Christian Boltanski and Pierre Huyghe. (Some of the stronger works were commissioned from Mr. Kelly, Olafur Eliasson and Taryn Simon.)

The building will also showcase works including Rothko’s “No. 46 (Black, Ocher, Red Over Red),” from the Museum of Contemporary Art in Los Angeles. Also reported to be in the show is Brancusi’s “Endless Column, Version 1,” from MoMA. Crafted from carved oak, it is the first fully developed example of that celebrated sculpture. Picasso’s “Woman With Yellow Hair,” belonging to the Guggenheim Museum in New York, is also said to be arriving here, according to museum sources.

“The foundation indeed aims to be contemporary,” Ms. Pagé said. “But it doesn’t want to ignore the history of art, as it is seen in these major works of the 20th century, which continue to be a vital reference for artists today.”

The exhibition, “Les Clefs d’une Passion” (“The Keys to a Passion”), will be on view through July 6. Two weeks after it opens, another selection of works from the foundation will be installed in the rest of the galleries by contemporary masters including Warhol, Gilbert & George, Richard Prince and Douglas Gordon.

These presentations, Ms. Pagé hopes, will dispel questions by skeptical art lovers who at first wondered whether the new building was just a rich man’s toy; a 21st-century example of corporate branding, or if it would, over time, have the heft to become an integral part of Parisian cultural life.

“I think it’s something very important,” said Henri Loyrette, an art historian and the former director of the Louvre. “When I first saw it I thought more about the beautiful architecture than anything else. But on a second visit I realize there’s a lot more to it than that. They have been clever in the way you first discover the building and then progressively, over time, see different things.”

In a city where places to see art are, for the most part, government funded, the foundation is a rare example for Paris of a more typically American-style institution, similar to private museums for contemporary art opened by the Brant Foundation in Greenwich, Conn.; the Broad Foundation in Los Angeles; or the Rubell Family Collection in Miami.

Its novelty has aroused considerable curiosity here. Most days, lines snake around the building hours before it opens, and on weekends as many as 8,000 people a day, predominantly Parisians, have visited the city’s newest arts center.

Jean-Paul Claverie, a special adviser to Mr. Arnault who had worked under Jack Lang in the French Ministry of Culture, recalled being so bowled over by the Guggenheim Bilbao, which Mr. Gehry designed in the Basque region of Spain, that he convinced Mr. Arnault to go see it. “I knew it would have an impact on him,” Mr. Claverie recalled the other day, over lunch in the dining room of the foundation, where lamps in the shape of articulated fish, designed by Mr. Gehry, floated overhead. That visit, Mr. Claverie said, convinced Mr. Arnault to hire Mr. Gehry to design his foundation building.

While the architecture has been the big draw, the art is soon to be an equal partner. “When a building is first finished, curators generally want time to figure out how to use it,” Mr. Gehry said by phone from Los Angeles. “Every time I’ve designed a museum, the curators have always wanted to open it empty, but I’ve always insisted they put some art in it.”

Mr. Gehry said he had spent hours with Ms. Pagé studying the collection so the building’s 11 galleries — some with vertiginous ceilings — and roof terraces could show off the art to its best advantage.

“We have a constant dialogue about art; it’s not fashion,” Ms. Pagé said on a recent trip to New York, sipping tea at the Pierre Hotel after spending the day scouring galleries in Chelsea and catching up on museum exhibitions, including Leonard A. Lauder’s collection of Cubist art at the Metropolitan Museum of Art, which she said was “fantastique.”

“Mr. Arnault wants to create a very serious place,” Ms. Pagé added. Since his wife, Hélène Mercier, is a serious pianist, he also has a passion for performance. “Not just music, but poetry, too,” Ms. Pagé said. “Very few places in Paris have poetry.” So far in the 350-seat auditorium they have held concerts by the pianist Lang Lang and the band Kraftwerk, an installation by the German artist Florian Hecker and a poetry series organized by the writer Jérôme Game. Georgy Tchaidze, the 25-year-old Russian pianist, performed here on Friday.

This is not Mr. Arnault’s first public foray in the art world. In 1999, he bought Phillips, the auction house, which he merged with Simon de Pury and Daniella Luxembourg, two renowned dealers. The arrangement lasted only until 2002. Realizing that trying to compete with the auction giants Sotheby’s and Christie’s was a losing battle, he sold his stake to Mr. de Pury and Ms. Luxembourg. (None of the principals are still involved; Phillips is now owned by the Mercury Group, a Russian luxury goods company.)

While Mr. Arnault lost millions of dollars in Phillips, it did not dampen his enthusiasm or interest in art. Currently on view at the foundation is an exhibition of work by Mr. Eliasson, the Danish-Icelandic artist perhaps best known to New Yorkers for the four waterfalls he created in New York Harbor in 2008. For the LVMH site-specific installation, he created a space where viewers are enveloped in light and their own mirrored, dreamy reflections, set beside a pool of water on the building’s lower level, or grotto, as they call it.

With “The Keys to a Passion,” Ms. Pagé said that she hopes the public will see that the foundation is more than a showcase for contemporary art but also a place to learn about the historic figures inspiring art today. “Both are important,” she said. “You have to be very curious about what’s happening everywhere around the world, whether it’s in Sharjah or New York or Paris.”